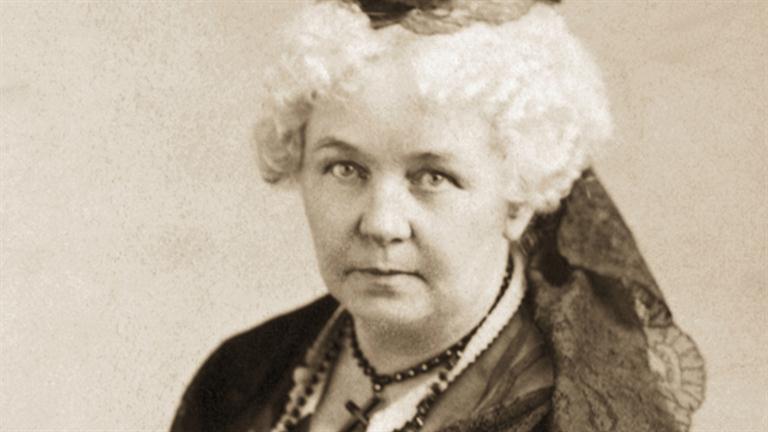 Known for her role in the early women’s suffrage movement, Elizabeth Cady Stanton was a fierce critic of the dominant Christianity she recognized as a driving force in the oppression of women. Describing her experience growing up with Christianity as both suffocating and terrifying, (1) she condemned all religious creeds that portrayed women as subordinate creatures. (2)

Cady Stanton spent decades working on The Woman’s Bible, which critiqued biblical passages pertaining to women and provided interpretative commentary. The book was a product of her vision of equality for women.

Cady Stanton was also an early protester against the tax-exempt status of churches:

…The government has no right to tax infidels for everything that takes the name of religion. For every dollar of church property untaxed, all other properties must be taxed one dollar more…these rich ecclesiastical corporations are a heavy load on the shoulders of the people, for what wealth escapes, the laboring masses are compelled to meet. If all the church property in this country were taxed, in the same ratio poor widows are to day, we could soon roll off the national debt. (3)

Speaking out against oppressive aspects of dominant Christianity and exploring the causes of oppression was courageous and prescient, but cost Cady Stanton popular support and historical recognition compared to her sister Suffragists.