The Impact of Catholic Hospitals on Women’s Reproductive Rights 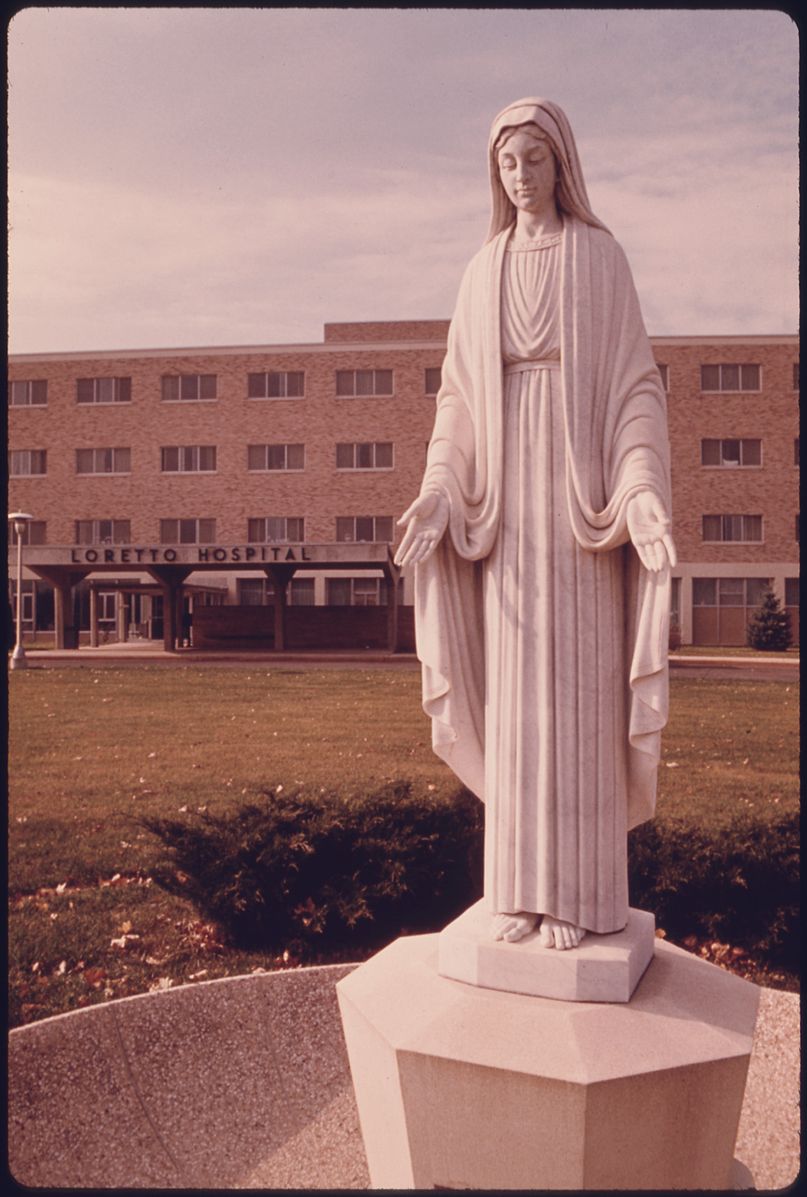 At a time of widespread media coverage attacks on women’s reproductive rights by state legislatures, a less noted source of such attacks are Catholic hospitals – which are expanding their reach and adopting policies that deny ever increasing numbers of women access to reproductive justice. Except for for-profit hospitals which are growing at an even faster clip, Catholic-sponsored and -affiliated hospitals are buying up, or merging with, other hospitals during a period when the number of secular non-profit, public, and non-Catholic religious hospitals are declining significantly. According to a December 2013 report, “Miscarriage of Medicine: The Growth of Catholic Hospitals and the Threat to Reproductive Health Care,” authored by MergerWatch and the ACLU, the number of Catholic hospitals has increased by 16 percent between 2001 and 2011 – and now account for 10 of the 25 largest health-care networks in the U.S. Since the report was published, the two largest Catholic health hospital networks, Ascension Health and Catholic Health Care Initiatives, have grown by another 30 percent or more according to one of the report’s authors.

These hospitals are accountable to the Ethical and Religious Directives (ERDs) issued by The U.S. Conference of Catholic Bishops, which govern medical care at all Catholic Hospitals and influence care at their affiliates. Journalist Nina Martin at Propublica reports:

“The directives ban elective abortion, sterilization, and birth control and restrict fertility treatments, genetic testing, and end-of-life options. They may also be interpreted to limit crisis care for women suffering miscarriages or ectopic pregnancies, emergency contraception for sexual assault, and even the ability of doctors and nurses to discuss treatment options or make referrals.”

The impact of these policies on women and their families, especially on poor women, young women, women of color, and women in rural areas is most acute in areas where a Catholic hospital is the sole or most affordable provider of health care. Catholic provided health care is heavily subsidized by public (our) money. For example, Catholic hospitals took in $115 billion in gross patient revenues from Medicare and Medicaid in 2011.

Catholic hospitals were originally established by nuns and monks to minister to the poor – Catholic dominance in health care delivery is often justified by the contention that it is a community service and much charitable care is provided for the indigent. However, Catholic provided charitable care is no greater than that provided by secular non-profit or for-profit hospitals (between 2-3%) and is only half of what public hospitals provide (5.6%). “Miscarriage of Medicine” concludes that today Catholic hospitals “…have organized into large systems that behave like businesses — aggressively expanding to capture greater market share — but rely on public funding and use religious doctrine to compromise women’s health care.”

One clear impact of the role of Catholic controlled health care concerns the unwillingness to provide emergency contraception. An extensive survey of emergency rooms at U.S. Catholic hospitals in 2002 by Ibis Reproductive Health found that 55 percent did not provide emergency contraception (EC) even for rape victims, 23 percent provided EC only to rape victims, some with major obstacles like the requirement a police report be filed first. This single area of intrusion of Christian dominance into the provision of medical services has a huge collective impact; it is estimated that the use of emergency contraception could prevent an estimated 1.7 million unintended pregnancies and 800,000 abortions in the U.S. each year.

Another source of attack on women’s reproductive rights comes from the Vatican and the U.S. Catholic Bishops. The Vatican has a complete prohibition on sterilization for the purposes of birth control. The Bishops consider the procedure “intrinsically immoral.” In November 2014, the U.S. Conference of Catholic Bishops tightened its rules on partnerships and collaborations between Catholic and non-Catholic health care providers, which has major implications for women in communities across the country. The group is currently considering revising the ERDs to eliminate all birth control related tubal ligations. The CDC calculates that tubal ligations are the second most common form of birth control and an estimated 700,000 are performed in the U.S. every year. Half of those are conducted in hospitals after the birth of a baby.

Catholic hospital systems are not the only major Christian players in the health care arena. In every area – reproductive health, LGBTTQ health access, healthcare worker rights, and end-of-life issues – dominant Christian healthcare institutions continue to restrict people’s rights, to lobby aggressively on the state and national level for roll-backs of women’s health choices, and to attack and further undermine women and their family’s overall health care options.

Kivel, Paul. Living in the Shadow of the Cross: Understanding and Resisting the Power and Privilege of Christian Hegemony. New Society, 2013. pp. 157-64.

Uttley, Lois, et al. “Miscarriage of Medicine: The Growth of Catholic Hospitals and the Threat to Reproductive Health Care.” ACLU and MergerWatch, December, 2013. Viewed at https://www.aclu.org/files/assets/growth-of-catholic-hospitals-2013.pdf on 1-9-15.